Originally formed as a duo in 1960, The Country Pickers are a legendary band from Basel, Switzerland. They have played extensively all over Switzerland and some neighbouring countries in the 1980s and 1990s, winning an award for best acoustic band in 1993. They have been back on the road since 2010 with an ever-increasing number of shows in clubs and at bluegrass festivals.

The Country Pickers are the only band worldwide where each member comes from another Swiss canton, except for one from southern Germany.

All of The Country Pickers‘ members have many years of bluegrass experience, starting in the 1970s. They provide a varied and fun show, with their repertoire owing a lot to the Country Gentlemen and early Seldom Scene era.
The Country Pickers ceased their activities in February 2022. 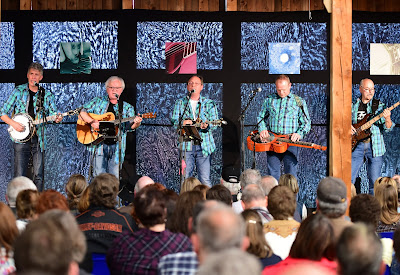